This could be, briefly, the summary of the two protagonists of this article. On the one hand, both belong to Sony, one of the leading companies in the sound technology market. But on the other hand, the company has decided to implement interesting new features between them, which in turn surpass the previous model in the same range. But, focusing on Sony WH1000XM4 vs Sony WH1000XM5, is it worth going for the newer model? To find out, we compare the most relevant similarities and differences between them. Don’t miss it!

First of all, we analyse the aspects in which they differ, which are the ones that will help you to choose or discard one:

It’s worth noting that both models have noise cancellation, but the company is determined to improve on this with the new headphones. They retain the QN1 processor that the WH1000XM4 also shares, but add the V1, another integrated processor that improves noise reduction technology.

In fact, the brand itself claims that the new model improves noise cancellation in high frequencies by up to 50%. To this end, it doubles the number of analysis microphones from 4 to 8.

On the other hand, the new headphones use artificial intelligence in the Precise Voice Pickup functionality, to enhance noise reduction and voice isolation through an algorithm.

Changes to the headband

Although, as we will see later, both headphones are circumaural in shape, the design changes. The Sony WH1000XM5 model refines the design of the headband, which is thinner than the WH1000XM4.

It also becomes even thinner at the intersection with the earcups, creating two thinner temples that the previous model lacks. Otherwise, they are very similar to each other.

Admittedly, the difference in this respect is minimal, but there is a difference. The Sony WH1000XM4 can run for 38 hours (without activating the noise-cancelling mode), which the WH1000XM5 takes up to 40 hours. They do take half an hour longer to fully recharge.

Having checked the differences between the two headphones, it is logical to think that there is an economic difference. And there is.

As you know, any recently launched electronic device has a higher price, as is the case with the Sony WH1000XM5. But it is also a more complete and perfect model in terms of sound quality. Especially in noise cancellation, one of the most important innovations the company has made. Having looked at the differences, it’s time to look at what they have in common:

Another similarity between the two headphones is the Adaptive Sound Control feature, where the headphones can identify the environment you’re in and adjust the volume of ambient noise accordingly.

Next, the two headphones retain the 360 spatial audio feature, which adapts the sound to the shape of your ear, so you always have the same range of hearing even when you move your head.

In terms of design, Sony has actually decided to keep the same type of ear cushion. In fact, they are both circumaural in shape, and the dimensions of the ear cups are similar. There is an aesthetic difference in the headband, which we will see later.

Synchronisation with other devices

If you’re a frequent user of virtual assistants, you’ll be interested to know that both headphones can sync with Google and Alexa, so you can execute commands directly from there. As for the controls, they’re both touch-based.

They can also be paired with two devices at the same time, a very interesting feature for professional use.

The two protagonists of our review can connect via Bluetooth with a range of approximately 10 metres. It is true that the WH1000XM5 supports version 5.2 compared to 5.0 of its rivals, but it is a small difference that is not noticeable in practice. In addition, both models support SBC, AAC and LDAC audio formats.

To be fair, Sony has implemented a few improvements in the WH1000XM5 that make them one of the highest quality wireless headphones around. Especially when it comes to noise cancellation.

For this reason, our recommendation is to choose the Sony WH1000XM5, where the audio clarity is much more perfect than with any other model. This is mainly due to the integration of an additional processor, which is particularly noticeable in the reproduction of high frequencies.

On the other hand, although it is less important, the change in design is very positive. The narrower headsets are generally more comfortable to wear and have a more sophisticated and elegant, less aggressive look.

If we had to highlight something less positive, it would be the price, and that is that the new model is more expensive than the previous one, but it is a difference that seems justified to us. So, if you can’t afford such a high price, you should know that the Sony WH1000XM4 is a very interesting option, and, until now, they were the best Sony headphones.

But if sound quality is more important to you, you should go for the newer model. In either case, Sony’s quality guarantee is there.

These are Sony’s most successful headphones

To finish the review, we show you the list of the best-selling Sony wireless headphones among Amazon users: 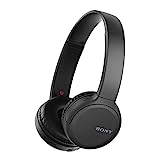 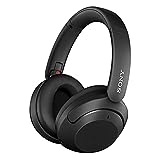