It’s no exaggeration to say that the two protagonists of this review are two of the most advanced electric shavers on the market. What’s more, they carry the seal of approval from Braun, a leading company in the field of personal care and health, and it shows. But what are the real similarities and differences between them? To find out, we compare the two models by focusing on the aspects that will most influence your decision. Do you want to know how the Braun Series 9 vs 7 differ? Read on to the end! 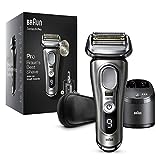 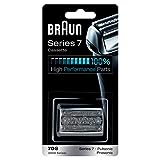 Which model to choose?

Before we delve into the analysis, it’s important to look at which model you’re considering, as each series has several. However, in this comparison we will discuss them in general terms. However, you should know that you can choose from:

It should be noted that both series incorporate wet and dry shavers, as well as dry-only models. Braun Series 9 Vs 7: Here are their differences

When in doubt, it is the differences that most help us to choose or discard one of the two models. So we start by outlining them in our comparison.

You already know that the two protagonists of our review are both cordless shavers, albeit with limited battery life. Although the difference is not much, it is interesting to note that the Braun Series 9 achieves 60 minutes of run time, compared to 50 minutes for the Braun Series 7.

Both shavers can be recharged in one hour and have a quick charge in 5 minutes.

They also work well with a 1, 3 or 5 day beard, so the length of the beard will not affect their performance. Also, the Braun Series 9 performs up to 40,000 trimming actions per minute, which is reduced to 24,000 in the case of the Braun Series 7.

To be honest, both shavers have LED displays, but the Series 9 is more advanced and professional than the Series 7. It also offers a level of detail in the information it provides that is more professional, which is why we give it the win in this respect. For example, only Braun Series 9 can offer a countdown timer to indicate how much battery you have left and how long it takes.

The accessory kit that comes with each shaver can also play a key role in deciding between the two shavers. Braun Series 9 is equipped with a travel pouch and charging and cleaning station.

The Braun Series 7 comes with two beard trimmers, one ideal for 3-day beards and the other for shorter beards. Braun Series 9 vs 7: What they have in common

Here we take a look at the most important similarities between these two electric shavers:

In both electric shavers you will find the functionality that the company calls AutoSense technology. In fact, it works in the same way as many recently developed electronic devices. It is a sensor that is able to adjust the shaving speed depending on the amount of beard it detects and the thickness of the beard.

This way, the optimisation is much greater, as it adjusts itself to the intensity needed for each person. So much so that, according to Braun, shavers with this technology have around 30% more cutting actions.

It does this by analysing the amount of hairs in your beard a total of 13 times per second, allowing it to adjust the speed of each stroke in real time. So imagine making two passes over the same area. Both electric shavers will reduce the intensity of the shave on the second stroke, as there will already be less beard than on the first stroke.

This feature is also perfect for people who suffer more easily from skin irritation after shaving, as only the necessary speed is used.

The design is the first thing we see on every shaver, and it’s easy to see that in this case it doesn’t differ much.

Although they are not exactly the same, the fact is that Braun maintains a very similar look and feel between its models, with no elements that are distinctive enough to be mentioned separately. It is interesting to note that each is available in different colours, the availability of which will vary depending on stock.

Cleaning and charging base

Another similarity shared by both shavers is the presence of a cleaning centre in the standard equipment. In the case of the Braun Series 7 it is the Smart Care, while the Braun Series 9 is equipped with Clean&Charge.

The purpose is the same, however, as the charging and cleaning station serves not only to recharge the shaver battery, but also to select the right programme, clean and lubricate each device.

Here are the models most popular with Amazon users, in case you’d like to see what feedback they’ve left about their purchase experiences: 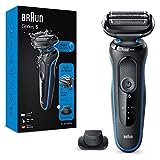 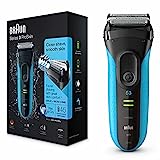 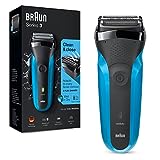 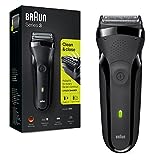 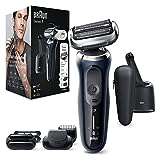 Braun Series 9 Vs 7: What’s our conclusion?

From the point of view of technological and functional features, Braun Series 9 is the most complete shaver, not only from Braun, but in the market in general. On the downside, its price is higher than that of its rival, which has a more attractive price-performance ratio.

The decision will therefore depend on what your search preferences are. If you prioritise innovation and shaving optimisation, you should opt for the Braun Series 9, which is a notch above in this respect. However, if this is not so important to you and the features of the Braun Series 7 are really enough for you, the price is more interesting.

We are of the opinion that, in this case, it is advisable to choose a shaver that is really efficient and with which you can automate to the maximum a task that you are obliged to perform with some frequency. Our recommendation is therefore the Braun Series 9.

But, as you know, only you are aware of your most pressing needs and the limitations you have. In any case, being Braun, you’re sure to get it right.