As you know, many big tech companies have their own subsidiary brands that, although independent, maintain certain characteristics in common with them. In the case of Apple, one of its most profitable brands is Beats, which markets high-quality wireless headphones. And, so you can check it out, we compare the Beats Solo 3 Vs Solo Pro Vs Studio 3 models in this article. Don’t miss it! 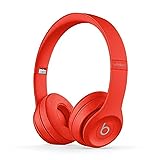 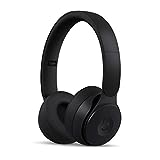 How do the Beats Solo 3 Vs Solo Pro Vs Studio 3 differ?

Let’s start by pointing out the aspects in which the three protagonists of the review differ, which, as you will see, are more numerous than the similarities: 1. Active Noise Cancellation: only in the Pro and Studio 3 versions

Let’s start with what is the most striking difference and probably the one that has the biggest impact on the price. We’re talking about Active Noise Cancelling (ANC) functionality. The Beats Solo Pro and the Studio 3 do have ANC, unlike the Beats Solo 3, which do not cancel noise but isolate it.

In addition, the Beats Solo Pro also have a transparency mode, which instead of completely cancelling noise, maintains a more natural ambient sound. Beats Solo Pro therefore outperforms its rival when it comes to acoustic optimisation.

This aspect is related to the previous one. There are also differences in audio quality, although less pronounced. The Beats Solo 3 have a more bass-heavy sound, but overall, the sound quality is better on the Beats Solo Pro and on the Studio 3. They have a more natural sound profile and are more versatile in more different genres of music.

3. Buttons: each one has its own controls

The differences we perceive when it comes to direct manual controls are related to the possibilities offered by each model. For example, the Beats Solo Pro features an additional control that allows you to switch between ANC and transparency modes.

The Beats Solo 3, on the other hand, have a remote control on their audio cable, in addition to the usual three controls that all models have for controlling the music. The Solo Pro, on the other hand, can be turned on and off by simply unfolding them.

The processor is vitally important to the operation of any electronic device, even if it’s not obvious to the naked eye. The Beats Solo 3 features Apple’s W1 chip, while the Beats Solo Pro features the H1, an upgraded version. One of the most noticeable aspects is the Bluetooth version supported, which is higher in the case of the Solo Pro.

To tell the truth, neither of the two wireless headsets we reviewed has microphones of the highest quality. However, the difference is clear. The Beats Solo 3 and the Studio 3 have a single microphone, while the Beats Solo Pro has two microphones with beamforming technology and a voice detection system.

Although similar in design, the Beats Solo 3 are more conveniently sized for portability. In fact, their weight is reduced to 215 grams, compared to 260 grams for the Studio 3 and almost 270 grams for the Solo Pro. As a result, they are bulkier than the Solo 3, but both are perfect for everyday use.

Price is one of the most important factors in the purchase decision and, obviously, there is a price difference between the two protagonists of our review. It is not very pronounced considering that the Solo Pro integrates more advanced functionalities. Both models retail for less than 200 pounds, so the price-performance ratio for both is very good.

In the case of the Beats Studio 3, the price is almost 300 pounds, which may make it less competitive than other models from the competition and its own brand.

How are the Beats Solo 3 and Solo Pro similar?

The two wireless headphones we are looking at belong to the same product range, and share the following features:

You’ve already seen that one of the key differences between the Beats Solo 3 and the Solo Pro is that only the Solo Pro has ANC, and this also has an impact on battery life. The Solo 3, Solo Pro and Studio 3 can all run for 40 hours uninterrupted, but the latter two reduce their battery life to 22 hours if you activate the ANC option.

And if you need to charge them, you can do so in less than 2 hours on either of them. And they both offer fast charging. So you’ll get up to 3 hours of operation with just 5 minutes of charging on the Beats Solo 3 and Studio 3, and 10 minutes on the Beats Solo Pro.

Both the Beats Solo 3 and Solo Pro feature a supra-aural, also known as on-ear, design. Their main feature is that the ear cushion rests on the ear, rather than on the head as with circumaural headphones. In the case of the Beats Studio 3, they feature a circumaural design, although the aesthetics are similar to those of their two rivals.

It is therefore smaller, and the headphones are correspondingly lighter. The Beats Solo Pro look slightly sleeker, but in practice, the feel is the same. The last point we talked about is connectivity, and the differences are minimal. Both support Bluetooth connectivity, although the Solo Pro supports version 5.0 compared to 4.2 on the Solo 3 and Studio 3. Pairing with other devices via Bluetooth is really easy, especially if they are Apple devices (remember that Beats is a subsidiary of Apple).

On the downside, none of them support Near Field-Communication (NFC) technology, and you can’t pair with multiple devices at once, just one.

The Solo 3 does have one slight advantage, however, and that is that it has an audio cable to switch to wired mode when the battery is low or if you want a zero-latency connection.

What are the best-selling Beats headphones on Amazon?

You already know that Amazon is the most important distribution platform for electronic products nowadays. That’s why we’re going to show you the ranking of the best-selling Beats headphones, in case you find it useful to know which one buyers are opting for. 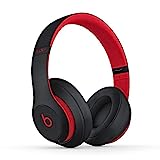 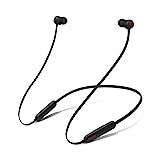 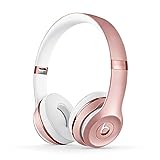 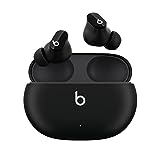 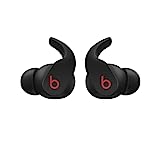 Beats Solo 3 Vs Solo Pro Vs Studio 3: Which is more worthwhile?

In our opinion, the Beats Solo Pro is a better choice in every way: of the two models we reviewed, it’s the only one with ANC and transparency mode, a major advantage over the Solo 3 and even compared to the Studio 3, which does not have a transparency mode. In short, they outperform the Solo 3 in virtually all audio quality issues.

Price might be one of the factors that make you hesitate, but in this case, the economic difference is very small, practically non-existent. And, depending on the offers available, you may even find the Beats Solo Pro cheaper than the Solo 3. In this case, the Beats Studio 3s stand out from their competitors and have a higher price tag.

They are slightly lighter and come in a wider range of colours. However, we don’t consider these reasons to be important enough to outperform the Beats Solo Pro. However, you have the final say, as there may be some subjective criteria that push you to make a different decision than the conclusion we present to you.